The developers are advertising their redevelopment proposal at Clapham Junction station and ask for our support: 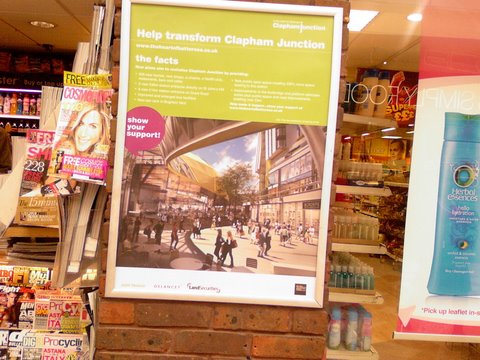 Despite their communication tricks efforts, residents aware of the plan know that the station redevelopment represents less than 20% of the total amount they are proposing to invest in the scheme. The main part of it being two 42 storey towers:

So, who is displaying misleading images?