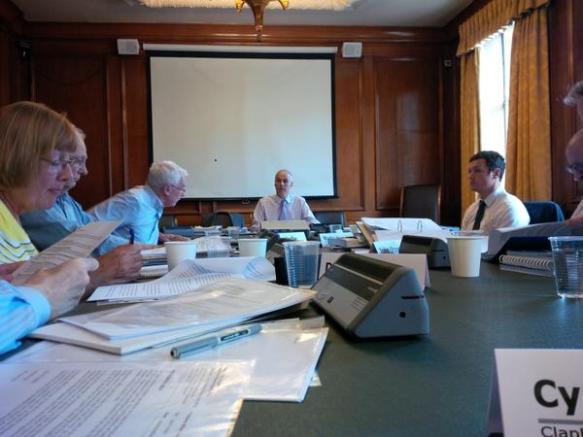 Is the policy effective? That was one of the main question that we discussed during the local plan examination hearing held by a government inspector, on the 8th and 9th of July 2015.

I will briefly report a few notes on some topics below.

Although the Council is expected to exceed its targets on total new housing (things have moved significantly recently with development taking place in a number of sites and others ahead of progress), the Council acknowledge that there is a short-fall on affordable housing. They said:

“The Council is unable to meet needs in the borough”

The Council argue that they can only deliver what is viable. It is of course completely biased as the viability is defined by the developers’ scheme itself, and therefore is seeking to demonstrate that affordable housing will not make it viable. This was perfectly demonstration in an article published by the Guardian at the end of June.

According to the current policy, all schemes should propose 40% of affordable units (and 15% in Nine Elms). Although most of the developments do not even get close to those numbers, the Council argued that  if we do not have figures on affordable housing, then the land value is likely to increase. However later they said that if we put a higher figure that currently then the price of the land will not drop and it will deter developments. It must be one way or another: either the percentage contributes to the land value, or it does not!

Therefore CJAG said that either we need to stick to the figure, or it needs to be replaced with what the Council really means: “The percentage of affordable housing is subject to viability.” 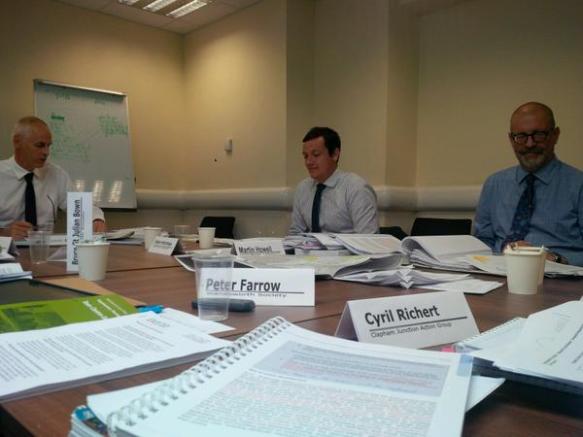 In paragraphs 2.9 and 2.10 of their statement ahead of the examination, the Council said that representators questioned the Council’s application of the policy, rather than the wording of the policy.

2.9 A number of representors, including the Battersea Society, Clapham Junction Action Group, Historic England (formerly English Heritage) and the Wandsworth Society have commented on the application and effectiveness of the policy. The comments focus on the Council’s application of the policy and the policy’s effectiveness, rather than the wording of the policy which has not been the subject of this review.

The Site Specific Allocation Document (SSAD) is full of wording such as “In accordance with Core Strategy Policy IS3d, tall buildings in this location are likely to be inappropriate”.

However, planning officers confirmed at the planning forum last month that the meaning of the policy was “tall buildings will be assessed against the 15 criteria of Policy DMS4”. It is confirmed in their statement:

2.10 In the Council’s view, some of the comments made reflect a misunderstanding of the policy. DMPD Policy DMS4 describes the locations where tall buildings may be appropriate or are likely to be inappropriate. It does not define any areas of the Borough where tall buildings will always be inappropriate. It then goes on to set out the criteria which will be used by the Council, and which applicants must address, in order to demonstrate compliance with the policy.

Therefore we suggested two possibilities to make the policy clearer and more effective:

The Council is suggesting to designate the area along York Road as a focal point. A focal point seek to promote activity and mixed-used development (and taller buildings could be considered favourably, as a knocked down effect).

The Council is currently consulting on the specific Lombard Road focal point designation (up to 9th August).

We note that the area is nearly covering all the sites between Wandsworth Town Centre and Clapham Junction Town Centre (as it comprises part of Winstanley/York road estates). Therefore we fail to understand to notion of “point” as in “focal point” when the area covers several square kilometres and is covering nearly the full area between 2 town centres, already promoting activity and seen more favourable to tall buildings. It looks to be a blanket policy to designate the whole part of Wandsworth borough as free land for major developments.

In addition, we note that major schemes have the tendency to be designated as “landmarks” (“It would provide a high quality landmark feature” in the officer’s report to justify 28 storey at Lombard road; “The distinctive form of the block has the potential to introduce a local landmark” in the officer’s report to justify 21 storeys at 198 York road; etc), in order to justify their size and the breach of current  policy. Therefore we wonder how Wandsworth can promote a cluster of landmarks (!) in the York Road area!

The Council is proposing to change policy DMT1 to say:

“Development, including changes of use, will be permitted where the residual cumulative impact on the transport system, (including public transport capacity and the highway network) is not severe.”

However the inspector pointed out that the NPPF is unclear and suggested that alternative wording could be :

“where cumulative impact wouldn’t be significant.”

The inspector should publish his report on the soundness of the plan, and his recommendations, within the next few months.