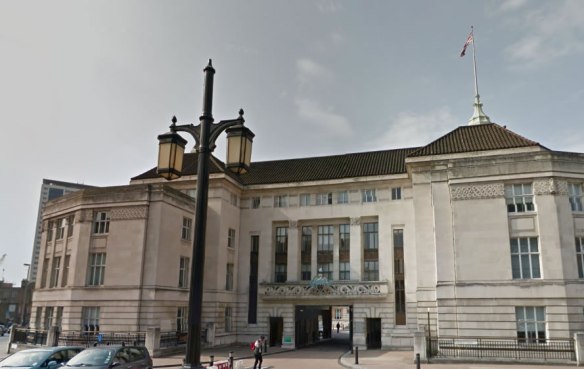 In an unprecedented move, several resident groups are launching different Judicial Reviews against Wandsworth Council. They are accusing the Council of disregarding residents and constituents in relation to planning applications, planners approving proposals despite not meeting standards, conforming to policy or satisfying the law and Council majority councillors refusing to communicate with them.

Proposals for Battersea Park (Formula E), Neal’s Lodge (Wandsworth Common) and 88 Thurleigh Rd have all issued claims at Court in the possibility of going to fill judicial review on Wandsworth Council planning applications.

Conservatives councillors in Wandsworth Council have pushed through 2 further year’s motor racing in Battersea Park, despite over 600 objections to the planning application, including the Battersea Society, the Friends of Battersea Park and the London Wildlife Trust.

The leader of the Council, Ravi Govindia, mocked the local community saying they represent only 0.27% of the borough population. Cllr. Ian Hart of Tooting accused us of faking the petition signatures, Cllr. Torrington, a resident of Putney, declared that parks were a luxury, and Cllr. Cook made insulting remarks in the press, implying that people living on the edge of the park were nimbies

Battersea Park Action Group (BPAG), composed of local people who want to save Battersea Park from exclusionary commercial events, and stop destructive ones such as Formula E ever taking place there again, intend to raise the level of protest even higher. They have now issued a Claim at Court setting out the main reasons in law why the Council has acted beyond statute in imposing the construction of a Formula E car racing circuit within the park over a total period of disruption of 19 days. A judge will then decide whether this must then proceed to a full court hearing.

They have launched a crowd funding initiative to support the legal fight and have already raised about £20,000 (with a goal at £30,000). You can donate here: https://www.crowdjustice.co.uk/case/battersea-park/

On 24th February 2016 the Planning Applications Committee approved Smart Pre-Schools application (p.a. 2015/4797) for the change of use of Neal’s Lodge & Cottage to a large private nursery, accommodating up to 62 children.

Previously, Wandsworth Council refused to consider the proposal put forward by local residents Sandy Muir and Jo Cyphus Mason to run the premises as a Community Asset for all Wandsworth Primary Schools. The community initiative called Project Phoenix is designed to support all of Council’s 56 primary schools. It proposes the transformation of Neal’s Lodge and Cottage on Wandsworth Common into a centre for Non-Formal Learning (NFL) using the resources available on the Common itself. The proposal has been enthusiastically endorsed by Duncan Roberts, the long established Head Teacher of Honeywell Junior School, who has written to WBC’s Cabinet member for Education and Children’s Services, highlighting the gap it would fill in the current primary school offering.

In parallel, Nature Scope, a Nature Education Centre, located adjacent to Neal’s Lodge, on Wandsworth Common, had also an agreement to use their part of the common as outdoor nursery for 2 hours a day. However it was reported that Council officers pressed Nature Scope to cancel the agreement, on the ground that this small outdoor nursery would create too much traffic on roads adjoining the Common.

The PAC approval was despite 70 objections including those from The Wandsworth Common Management Advisory Committee, The Wandsworth Society and the Toastrack Residents Association. Council officers also denied that any agreement existed with Nature Scope.

On 5th April a Claim for Judicial Review was lodged by local resident James Harris at his own expenses (which could reach £30,000) with the Administrative Court for leave to have the PAC decision subjected to a Judicial Review, upon the grounds of “procedural impropriety” (JR terminology), due to the multitude of flaws in the planning application process, the planners final report to the PAC, and the fact that, knowingly or otherwise, the Assistant Director of Planning verbalised, potentially crucial, disingenuous information to the PAC meeting.

On 22nd March was sent a “letter before action” to Wandsworth Borough Council (WBC) advising them of the intention of local residents to lodge a second application with the Court for a Judicial Review of their decision to sign a lease for a nursery on Common land in contravention of the provisions of 1967 ‘Long Act’. This is the second (potential) grounds for Judicial Review for which local residents are now seeking for a protective cost order.

This second JR application will be subject to the progress of the first and will now be dependent upon WBC going ahead with their stated intention of finalising, (i.e. signing), the lease with Smart Pre-Schools. Assuming this happens the grounds for this JR will be “illegality”. This application will need to be submitted to the Court within 3 months of the lease being signed.

WBC responded to the letter before action via their solicitors, Sharpe Pritchard. The letter included the acknowledgement that the lease has not yet been signed, as well as the none too subtle: “Any claim for judicial review will be vigorously defended and the council will seek an order for its costs if proceedings are issued.” The same phrase was included in the response to the Toastrack residents letter before action.

Eight 4 and 5 bedroomed town houses over 3 and 4 storeys including basements have been approved onto a tiny site (formerly two tennis courts) with an unusually long, angled and very narrow entrance access-way (planning application 2014/0012 & 2014/3016 & 2015/5229). Residents claim they have been ignored by the councillors and officers. They have already spent several thousands of pounds in surveys, reports and judicial process in order to support their case.

Despite many community funded, expert-authored reports and legal opinions, showing planning policy contravention and unlawful decisions, local residents claim that the Council has simply ignored these and the hundreds of objections and approved the scheme regardless, forcing the community to take legal action.

Pre-Action Protocol letters and Grounds of Claim bundles were served on the Council and Developer and also at the High Court in respect of recent decisions taken by the Council. However the judge decided not to allow a Judicial Review but permitted to have another judge hear the case at a live session with a barrister representing them. The local residents residents have decided not to proceed due to the extra cost involved (unlike the Council, they do not use tax payer money to defend their case). They are now considering the next JR challenge on the approval of the Construction Management Plan.

The community has so far spent £28,000 providing legal Opinions and Expert Reports showing the errors to officers before the PAC meetings, and then to serve the Claim.

The community group has launched an appeal on CrowdJustice to help them fighting planning approvals ignoring law, policy and standards – blighting residents’ amenity across the borough and town cramming in Wandsworth. See here to support them: https://www.crowdjustice.co.uk/case/wandsworth/

Read article: Local residents spending thousand of pounds fighting as they are ignored by Wandsworth Council