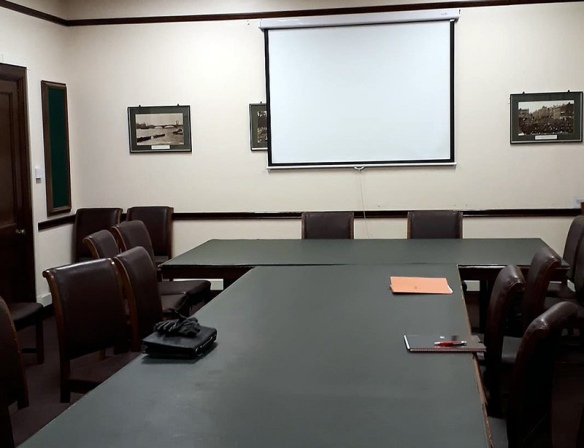 This is now the third time that we experiment the new format of the Planning Forum meeting, since the changed decided by the Chair, Cllr Will Sweet (change in which CJAG was instrumental).

Instead of spending most of the time being updated on planning policies with little time for attendee’s questions, only 20 minutes was dedicated to officer’s topics with the rest of the 90 minutes dedicated to items raised (submitted in advance) by Forum members.

The final version of the new Tree Strategy for the borough intended for the end of 2018 was delayed. It should (could?) be circulated before… next meeting in 6 months.

During the previous meeting (6 months ago!), members asked for Cllr Cook (cabinet member for the planning policy) to attend the meeting. He was not there and the explanation given was that “he couldn’t make it this evening“.

The deadline for submitting comments to the draft local plan was on February, 6th (the 76 pages of the document are available here). The document presents at high level the key issues , taking into account the modifications introduced by the new NPPF and emerging London Plan. It will constitute a revised project for the next 12 months (consultation to be organised around December 2019 – beginning of 2020).

Philip Whyte, from the Wandsworth Society, regreted that key issues were not identified in a summary (such as in CJAG’s paper!). Several members said that for such issues (local plan, policies) a paper copy was necessary and that it was a very tight scheduled for volunteers to examine the document. Officers said that even a global, not detailed, comments would be welcome, to show participation.

CJAG, nor any of the Societies had submitted comments yet at the date of the meeting. However since the 23rd January, The Putney Society and the Battersea Society have both sent their contributions. CJAG intends to send a comment in the next days (hopefully still accepted after the deadline) and it will be published on the website anyway in the coming weeks.

Members noticed that the pre-application discussions were sometime posted, sometime not, and might contain an implied advice from the officers. Officers confirmed that in some occasion, there is no response in writing because developers asked that it does not appear even in case of Freedom Of Information (FOI).

Officers explained that they have the obligation to publish documents even if not satisfactory, as soon as the application has completed the validation checklist. WBC will come back later for more response.

Tim Cronin, Assistant Director Planning and Transport at London Boroughs of Richmond and Wandsworth, responded it was frustrating too for officers as they use the same system. The Council can print all documents on demand, but consultation will be only available on site for people coming to the Council. In addition, we learnt that a new IT system (website for planning) is an on-going process: a project could include the move from both Richmond (with a much user-friendly system) and Wandsworth to a new IT system; however new requirement (which might be share over the summer) won’t be drafted before mid-2019 and nothing should be finalise before 2021.

It was a general question requesting information on how local funds are allocated. The officers circulated several links by email:

Little progress was made regarding the ideas submitted by CJAG on planning reforms. Unfortunately the Council is not a driving force and seem to show little interest on the matter. CJAG suggested that groups could submitted comments and new ideas for reforms (unless they think that everything is perfect!) to the secretary of the group  and to CJAG, in the aim of reporting progress at the next meeting this summer.

NB: At the beginning of the meeting, noting the presence of a Tree Warden who is also member of the Green Party, Cllr Sweet specified that “this is not a political meeting”.