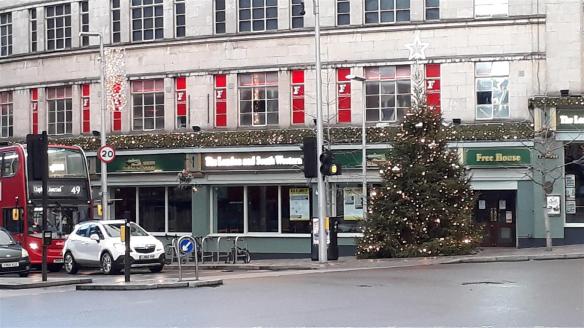 New Wetherspoon at the Junction

JD Wetherspoon has acquired the former Revolution site in the heart of Clapham Junction.

JD Wetherspoon has taken over the former Revolution cocktail bar at the junction of Lavender Hill and Falcon Road, within a stone’s throw of the Clapham Junction Station. The new pub, called The London and South Western (named after the railway), had just opened on Friday 4th… to close a week later as London was going into full lockdown again (and Christmas was cancelled!).

There is already a large and quite popular Wetherspoon pub at the other end of Falcon road, call The Asparagus (this one is named after the crop Battersea was famous for producing during the 19th century, when the area was covered with market gardens) and therefore it will be the second one on the same street, both at each end!.

Named as a tribute to the first railway 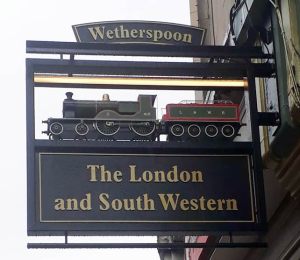 The name comes from the railway. On their website, they explained that the first line opened in 1838, operated by the London and South Western Railway (LSWR). Later, other railway companies would extend lines through the area. However, the first station did not open until 1863, after LSWR had joined forces with rival companies to build one at Falcon Bridge – later renamed Clapham Junction.

The building itself opened around 1935 as the new flagship store for ‘dealers in furniture’ Hastings Ltd, which had occupied a row of shops on the same site, part of Queens Parade.

What will it be offering?

According to the Wandsworth Times’ article, JD Wetherspoon has spent £860,000 developing the outlet and new Manager Fran Smith has taken on 22 members of the existing staff from Revolution for its new venue.

It will be open from 8am-11pm seven days a week, during the current restrictions. Usually it would open from 8am-12am Sunday to Thursday and 8am-1am on Friday and Saturday.

Food will be served throughout the day, from opening until 10pm every day , with children accompanied by adults welcome to the pub until 6pm for family diners.

2 thoughts on “Wetherspoon is replacing Revolution at the Junction”