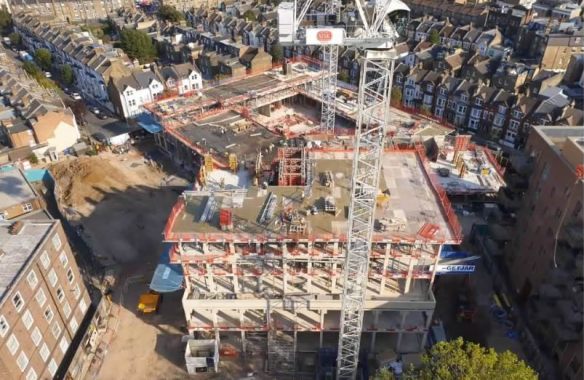 After more than 6 months of complaints from local residents, Peabody have announced that they were prepared to offer an independent building survey undertaken by a building surveyor and structural engineer for the residents of Comyn Road and Eckstein Road, whose properties have been damaged by their ongoing construction site.

At the same time, Sisk, their construction site company, has instructed a report from acoustic consultants to suggest other methods that could be used to keep noise to a minimum. END_OF_DOCUMENT_TOKEN_TO_BE_REPLACED

The Local Government Boundary Commission has published its final recommendations for new electoral arrangements for Wandsworth Council. You will notice little changes from our previous interim report. The Boundary Commission purpose was to take into account the population change in most of the areas of the borough, especially with the huge increase created by the ongoing redevelopment in Nine Elms. The conclusion highlight two major changes: most of the wards have changed shape (the exception being West Hill which remains the same) and sometime names; and the number of councillors (currently 60) should be reduced at 58, with 14 three-councillor wards and 8 two-councillor wards across the borough. 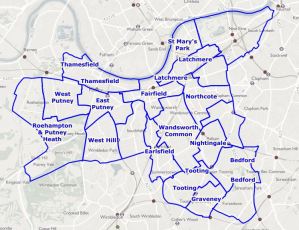 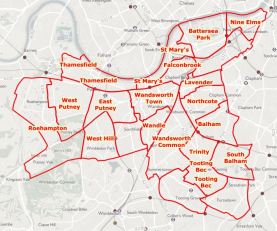 A mix of Labour and Tory proposals for Clapham Junction

As we can see with the comparison below, the Boundary Commission final proposal is a mix between the Tory and Labour proposals (with a pinch of salt from CJAG, as you will see in our next section below). END_OF_DOCUMENT_TOKEN_TO_BE_REPLACED 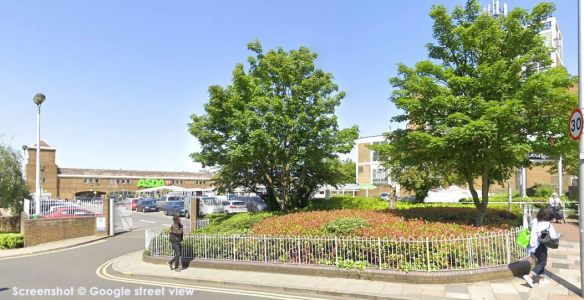 Asda’s planning application (2020/3073) was approved last week, by officer’s delegation (which means it did not go before the Councillor’s committee but was just ratified by a planning officer). However it is worth reading the details of the officer’s report, as we discovered that Asda amended their plan to ditch their very controversial idea of replacing all greenery by a porous resin finish.

Therefore it appears that what is approved is only painting the existing white paint elements of the building with a dark grey colour, and refurbishing the clock tower (including fixing of the clocks).

However, as we suspected, it is a cost cutting exercise and while existing trees should be retained, some of the lower vegetation should be replaced by “low maintenance ground” covered with bark mulch.

END_OF_DOCUMENT_TOKEN_TO_BE_REPLACED

When he declared last year about the environmental ambition of the borough “I know Wandsworth residents will want to help and play their part in achieving that goal“, Ravi Govindia, the leader of Wandsworth Council, was right!

Since our article on Asda wanting to remove all greenery around the premises, including mature trees and thick hedges, we have received several comments including proposal on what instead should have been a good move from the store operator. END_OF_DOCUMENT_TOKEN_TO_BE_REPLACED

Asda has submitted a plan to refurbish part of the existing structure and remove the greenery around the car park.

Toward the end of Summer, Asda submitted a planning application (2020/3073) labelled as “alterations”. The proposal consists mainly on:

END_OF_DOCUMENT_TOKEN_TO_BE_REPLACED

W.RE (W. Real Estate limited), the owner of Arding & Hobbs building at Clapham Junction, as submitted a proposal (p.a. 2020/3421) to redevelop the building.

As far as we see (112 drawing and 90 reports!) there is no difference from the presentation that we had earlier in July. END_OF_DOCUMENT_TOKEN_TO_BE_REPLACED 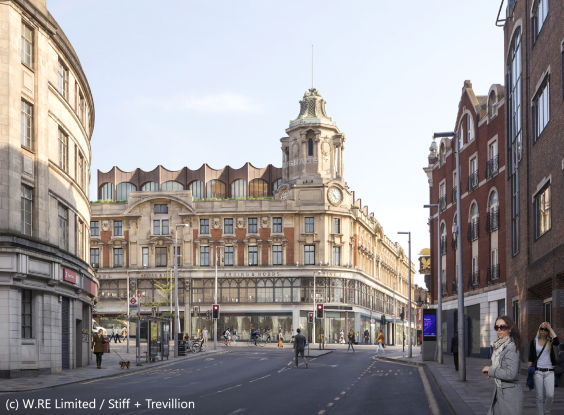 As we confirmed some time ago – Debenhams at Clapham Junction will never reopen. It’s a great shame to lose it, and our sympathy is with our many readers who used to work there. But it raises a very immediate question of what happens next with our local landmark.

The owner of the building is W.RE (W. Real Estate limited). They bought the building a few years ago, expecting that Debenhams would probably depart at some stage. Everything accelerated as Debenhams started to run into financial difficulties last year and asked for rent cuts so they could afford to keep trading. W.RE refused and Debenhams confirmed to us in an email in October 2019 that “the store will remain trading until – at least – 23 June 2020“, although no exit date was set yet. Unfortunately came the Covid19 crisis and the department stores decided comprehensively not to reopen for even a few months (see our previous article for more details).

In the meantime it appears that the new owner was carrying extensive research on future developments, working with architects and consultants on multiple options. As W.RE develop plans for the building’s future they have run a series of public webinars, where they have been commendably frank about their plans for the building. They have also been happy to have detailed discussions with CJAG.

The previous building, in 1890

This is a very important moment for Clapham Junction – it’s our landmark building, and as the largest unit apart from Asda it’s also a flagship part of the trade of the town centre – even in Debenhams’ most troubled stage, having a major store that sold a lot of things here was important in attracting shoppers to the town centre as a whole, and a lot of the smaller and independent businesses nearby benefitted from this.T K Maxx and Boots are understandably popular, but every local town centre has one – but only Clapham Junction had a department store!

If W.RE get this right, Clapham Junction will benefit…  but get it wrong and the problems will be widely felt for many years!  Which is why we’ve been reassured by the frank and open way the developers have engaged so far. They are clearly very conscious of the importance of the building they have bought, and we welcome their commitment to take an approach that makes the most of its potential. In the rest of this article we explore the emerging proposals in some detail, picking out some aspects we know have been especially welcomed, as well as areas where we have concerns.

END_OF_DOCUMENT_TOKEN_TO_BE_REPLACED

Lavender Hill for Me,  a community website working to support Lavender Hill in Battersea, has reported on a proposal to replace an unusually small house which had an unusually large garden on Parma Crescent with a rather larger building housing five flats. The description of the planning application 2020/0906 is:

It proved to be quite a controversial proposal, attracting 44 objections, and not much in the way of supportive comment. As spotted by Lavender Hill for Me, the plans were changed part way through the process – with the side of the building closest to Lavender Hill chopped back somewhat, an the height of the roof reduced slightly as well.

See more detailed on the proposal directly on Lavender Hill for Me’s article and feel free to comment. As usual we will keep you posted on any amendments in the future.

On Wednesday 1st July was organised the Planning Forum meeting. For special times come special meetings and for the first time the meeting was organised fully remote, using Microsoft Team video-conference tool. We had the usual “We lost him“… “We lost him completely now“… “Sorry folks, that’s the technology…” but all in all it was a prolific meeting well organised. END_OF_DOCUMENT_TOKEN_TO_BE_REPLACED 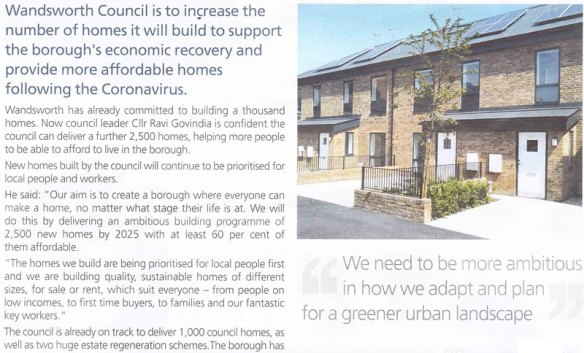 The latest Brightside received in July 2020 is showing Wandsworth Council’s ambition to increase the number of homes it would build, from 1500 previously to 2500 being the new target, by 2025, with at least 65% being affordable.

The article is ambiguous, to say the least, about the portion of Council housing considered but as the latest target available in December 2019 in the draft London plan gave 19,500 new units by 2029 (of which 50% should be affordable), we might assume that the 1500 or now 2500 target is made of social housing (but then the Council is saying that only 65% would be affordable!).

But the purpose of this article is not to discuss hypothetical targets and planned figured, but to demonstrate the deceptive presentation of Wandsworth Council with a few simple pictures below, as it is worth a thousand words. END_OF_DOCUMENT_TOKEN_TO_BE_REPLACED