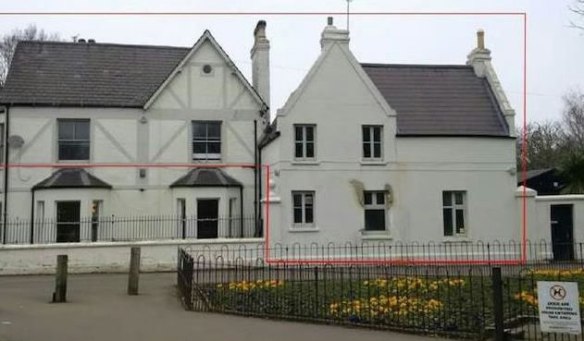 The decision to grant a lease to a private nursery was not a lawful exercise of the Council’s powers under the 1967 Greater London Parks and Open Spaces Provisional Order (“the Long Act”), said a high court judge on 28 July 2017.

The grounds of challenge were based upon a claim brought by a local resident, Mr Alexander Muir that:

“By virtue of section 10 of the Open Spaces Act 1906, the Council holds and administers the Common in trust ‘to allow, and with a view to, the enjoyment thereof by the public as an open space’. The council is the trustee and the inhabitants of Wandsworth are the beneficiaries of the trust.”

A private nursery is not a facility for public recreation

In the light of the observations in other cases (Burnell, Brockwell Park, Liverpool, R v Montilla, … cases), the judgement stated that

The judge dismissed arguments from the Council that the Long Act could permit, for example, to let out part of the Common to a private operator, to run a sports club or golf course, which would restrict access to members only. She explained that Article 12 of the 1967 Order prohibits the Council from erecting buildings on the Common, or permanently enclosing any part of the Common and Article 7 of the Long Act induce that sports club or golf course operators would not have the power to exclude or restrict access by members of the public.

“The Council’s proposal to let the premises at Neal’s Farm to a private company (the [nursery]) to operate a private fee-paying nursery presents even greater difficulties, since members of the public would not have a right of access to the premises, and it would not provide them with any facilities. The [nursery] would control access to the premises, which would usually be limited to its staff and up to 62 enrolled children in any one term, and visits by parents.  Facilities would only be provided for the cohort of children enrolled in the nursery, not for children generally.

In argument, Mr Bhose QC conceded that the Council would not have power under the 1967 Order to let out premises on the Common to a private provider to run a fee-paying private preparatory school, which local children could attend, because it would not be a facility for public use and the public would not have access to the premises. […]

The grant of a lease to the [nursery] for 15 years will prevent any public use of the premises for a significant period of time.  In my judgement […] the nursery does not provide facilities for public recreation. […]

I accept the Claimant’s submission that provision of child care in a nursery setting does not come within the meaning of the term recreation. […]

I agree that the identifiable class is not-for-profit groups which share a common interest, of a recreational, social or educational character. It excludes a commercial organisation such as the [nursery].“

The second ground for challenge (no provision for the Borough valuer to sign on behalf…) the judge dismissed any failure to comply adding also that “the outcome would not have been substantially different if the conduct complained of had not occurred“.

“The detailed judgement constitutes important guidance and has very considerable practical implications for local authorities keen to generate income from Open Spaces in ways that are lawful, and for environmental groups and local residents anxious to ensure that any such income generating activities by local authorities are kept strictly within lawful bounds.”

In an article published in the Evening Standard Wandsworth Council said:

“Wandsworth council said: “This is a disappointing outcome for all who wanted to see this building brought back into use for the benefit of the community while utilising our property assets for the benefit of council tax-payers. We will carefully consider the implications of this judgment.””

The Council was refused permission to appeal by the judge on the handing down of the judgement. However the council has recently filed an application for Permission to Appeal with the Court of Appeal.

If the paper application is rejected the applicant has the right to renew the application at an oral hearing. The process can take several months due to the workload of the Court of Appeal and therefore the case is still open.

Background on the previous projects and challenges

The Council’s approval was despite 70 objections including those from The Wandsworth Common Management Advisory Committee, The Wandsworth Society and the Toastrack Residents Association.

Wandsworth Council had previously refused to discuss a proposal put forward by local residents, Mr Muir and Ms Cyphus Mason to run the premises as an educational and recreational facility for use by the borough’s junior schools, (a “scout hut”- style facility from which children could spend 24 hours exploring the nature and diversity of the common, under the care of their teachers). Mr Muir expressed concerns regarding irregularities in the process and requested that the nursery’s planning application be reviewed as the proposed change of use to childcare did not appear to be consistent with the provisions of the Long Act. The Council dismissed the concern stating that “whatever learning a nursery provides is learned through play – as such this is a recreational use“ [1].

The Borough Solicitor advised the Planning Applications Committee that the restrictions in the Long Act were not a planning consideration and the application for planning permission had to be considered on its merits. However he had previously refused to respond to a request to review the legality of the proposal against the provisions of the Act and subsequently claimed “legal privilege” on Freedom of Information requests to share the advice he had provided on the matter internally.

On 5th April a Claim for Judicial Review was lodged by local resident James Harris at his own expenses with the Administrative Court for leave to have the PAC decision subjected to a Judicial Review, upon the grounds of “procedural impropriety” (JR terminology), due to the multitude of flaws in the planning application process, the planners final report to the PAC, and the fact that, knowingly or otherwise, the Assistant Director of Planning verbalised, potentially crucial, disingenuous information to the PAC meeting. That claim was eventually dismissed on 13 June 2016.

On 24th May 2016 Mr Muir filed a claim for judicial review of the decision to grant a long lease for a private nursery on Common land in contravention of the provisions of 1967 ‘Long Act’.

Article 7 of the 1967 order defines public recreation as (amongst other definitions) “(v) indoor facilities for any form of recreation whatsoever” (vi)…clubs, societies or organisations whose objects or activities are wholly or mainly of a recreational, social or educational character”.

The community initiative proposed by Mr Muir and local residents, was designed primarily to support all of Wandsworth’s 56 primary schools. It proposed the transformation of Neal’s Lodge and Cottage on Wandsworth Common into a centre for Non-Formal Learning (NFL) using the resources available on the Common itself. The proposal was enthusiastically endorsed by Duncan Roberts, the long established Head Teacher of Honeywell Junior School, who has wrote to WBC’s Cabinet member for Education and Children’s Services, highlighting the gap it would fill in the current primary school offering.

While the council is spending taxpayer’s money in lost cases, local residents need to provide tens of thousands of their own money to challenge decisions

This is the second time within 14 months that Wandsworth Council loses a major Judicial Review triggered by local residents, if we consider the last minute agreement reached between the Battersea Park Action Group (BPAG) and Wandsworth Council (with Formula E as an interested party) that Formula E will stop using Battersea Park after 2016 and costs to date being reimbursed to BPAG. With judicial costs reaching tens of thousands pounds each time, only few residents are able to challenge the lawfulness of Wandsworth Council’s decision!

[1] The judge considered the definition of the word “recreation” in the Oxford Dictionary (“The action of recreating oneself or another, or the fact of being recreated by some pleasant occupation, pastime or amusement.“) which is a means of refreshing or enlivening the mind or spirits by some pleasant occupation, pastime or amusement. The word originates from the Latin verb recreare meaning to refresh, restore, make anew, revive, invigorate. [par. 98-99 of judgement]