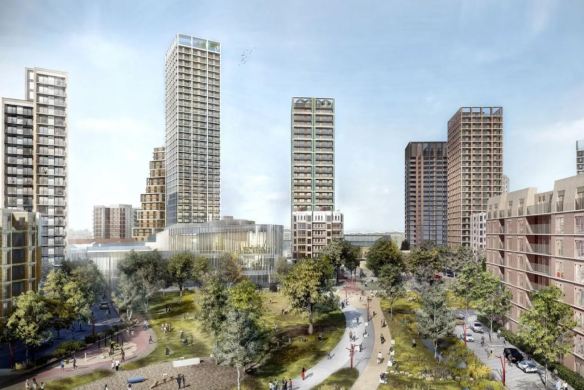 The Winstanley and York Road regeneration plan is running out of funding even before they start phase 1. The proposed solution is to defer the leisure centre (and the controversial 32 storey tower) to concentrate on smaller towers (up to 19 storeys!). The good news is that Council had the opportunity to acquire an additional 115 shared ownership units to be converted into Council units to assist the decant of existing buildings.

The Housing and Regeneration Overview and Scrutiny Committee will meet on Thursday 11th February. The original meeting on January 20th was postponed and rumours of financial difficulties on the Winstanley and York Road project began to spread. It seems likely that the postponing of the meeting was needed to finalise a review of the project and draft new proposals. In his latest newsletter, Labour Cllr Tony Belton wrote:

“All was going well until on the 29th January we were warned that the Council’s partner in the Joint Venture project, Taylor Wimpey, is having difficulties raising the necessary finance. As a result, there will need to be a quick review of the project and of the timing of fundamental phases of the building work.”

The agenda of the Committee meeting reveals indeed that there is a major item dedicated to the estate regeneration scheme (paper No. 21-46).

Taylor Wimpey could have written the report to dismiss any mismanagement

The report provided by the Director of Housing seems to have been partly written by Taylor Wimpey. Instead of noting the deficient risk management, the report blames…  the Mayor of London for a late approval (they probably think it was a no brainer and should have been rubber-stamp immediately).

In addition, they blame also the demand to house a school in the completed Phase 0 (see our previous article on the Grant Road scheme). This is particularly ironic, as we remember that the school relocation was actually used to balance the criticisms on the scheme and is in fact needed for phase 1 of the project

Last but not least, they dare listing the fact that they were authorised to build even higher than previously planned along York Road as a reason to why the funding gap has arisen! (page 5-par18d of paper No. 21-46)

The overall scheme, initially budgeted for £1bn in 2017 slipped to £1.4bn in 2019, and with the current situation, it might already be reaching £2b, as we anticipated 2 years ago. But it is revealed now that even the financing for phase 1 is in limbo.

“The limit on partners’ equity being reached in 2021 date coincides with when Phase 1 is planned to commence on site.”

The total equity is currently capped at £76m for the overall regeneration scheme. Therefore, it means that even before phase 1 started, the regeneration scheme is running out of equity and is not able to finance the scheme without a third party (the recommendation is against using debt).

The Covid-19 crisis could be an obvious culprit, but actually Taylor Wimpey knew already in Spring 2020 (at that time the pandemic consequences were not forecasted) that “there was a significant shortfall of funds available compared to funding required” (page 4-par17 of paper No. 21-46).

Therefore, Taylor Wimpy (and some people in the Council, as the local authority is part of the Join Venture running the scheme) knew last year already that they would have great difficulties to meet even phase 1!

When a developer decides to bid for a large urban project, there are two possibilities: either submit a proposal that is both in line with requirements and conservative in term of financing, or submit a grand scheme with fantasy figures, that will be refined continuously during the project even if they later move away from original proposal. In IT, the first method is called Waterfall, the second is called Agile and with the second methodology, you could have signed up for a bike, and eventually get a bus. Nevertheless, what could work well with a start-up company is likely to lead to resentment and eventually disaster for a large urban project.

The solution is to delay the leisure centre

With the funding gap they face, the Council’s (or is it Taylor Wimpey’s?) report does not recommend raising unsecure funding, as it would reduce the profit margin and the viability of the scheme. Therefore the only possibility is to adjust the plans.

For phase 1, the only options is to amend either block 1 (the leisure centre and the 32 storey-tower) or block 5 (mainly affordable housing) or block 6 (a mix of new build council housing and private housing).

Fortunately, the Council refused to move (further – as phase 1 is already 2 years late) the delivery of Council houses replacement. However, reworking on a less “ambitious” scheme is currently not in discussion, and therefore Taylor Wimpey suggested to sacrifice the leisure centre. It must be highlighted that  the early provision of a new leisure and community centre (LCC) with library, children’s centre and nursery was one of the Council requirement at bid stage, therefore Taylor Wimpey knew that it was important when they applied. Therefore it should be considered already that there is now a consequent breach in the initial bid.

The report provided  by the Director of housing suggests the following:

1- Delay block 1 (which includes the 32-storey tower and the leisure centre) by 4 years.
Knowing that it is already 2 years late according to the summary of the bid submitted to Wandsworth Council by Taylor Wimpey, it means that the delivery should be at least 6 years late. This is a bad news for the leisure centre which, according to the Council’s leaflets, was the jewel of the scheme, but it is a good news as it offers more possibilities to amend the masterplan (and go back to the original consultation in 2013). 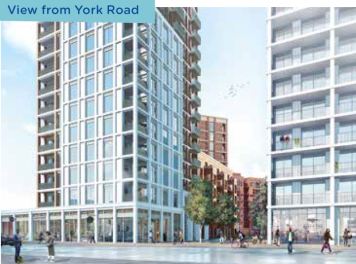 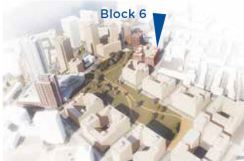 The report highlight that the construction of Block 6 is still dependent on equity increase from Council and Taylor Wimpey as  it requires significant CPO related cost (however, Block 6 is replacing the Battersea Baptist Church which should be relocated in phase 0 by end of 2021).

3- Build Block 4, originally part of phase 3
Block 4 (a 19-storey tower) is currently only at the outline phase. It was linked with block 3, but Taylor Wimpey is confident that the proposal will be simply rubber stamped by the Council and design work has already started! 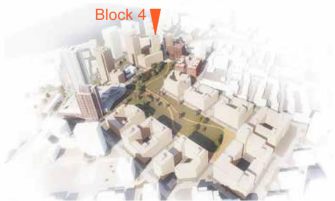 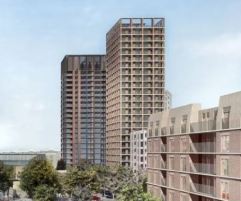 The Council has decided to acquire Block 5a, which means that the 65 shared ownership could now be converted into social rent and Council leasehold units to re-house residents of Penge House. 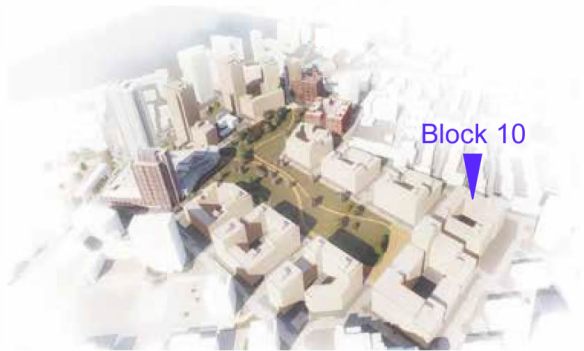 It appears that this additional amount of social housing was needed to facilitate the decant of Penge House, Scholey House, Kiloh Court, Jackson House (for block 5) and Inkster House residents (for block 10).

The report explains that the development of Block 4 would be brought forward by about 7 years. This is grossly misleading, to say the least, and probably designed to hide further delay: according to the original schedule, phase 3 should have started in 2022.

A few weeks ago, without any knowledge of the current proposal nor the reviewed schedule, we wrote a visionary statement:

The 2031 date being just an assumption (…) that might actually extend to … 2040 (choosing 2035 is therefore a conservative assumption for the delivery).

Therefore, planning a completion of phase 5 after 2040 becomes a reasonable prevision now.

Peabody redevelopment in St John’s Hill was originally approved in July 2012 after a large campaign to oppose the proposal and local newspapers naming the plan “controversial”.

The original schedule was:

Phase 1 was only achieved in 2016 (already late) but then Peabody decided to put a temporary hold on the development, blaming .estimated build cost significant increase (and because units were not selling well on the private market).

In autumn 2017 they submitted an amended scheme for the remaining of the construction, with taller buildings, implying it was a condition to continue the development. They knew the Council was desperately needing social housing and the application was approved in February 2018, as we predicted.

And then… nothing for nearly 2 years! The construction site remained desperately empty as a no-man’s land! Brexit played probably a part, but risk assessment is part of good planning.

Construction work started again for phase 2 in early 2020, with a goal to complete in Spring 2022 with  final completion of phase 3 in early 2025 (i.e. 13 years after their project was approved and double the initial schedule approved).

And then Covid-19 happened…

We need to acknowledge that the proposal seems to be satisfactory for a number of reasons:

The (more than “slight“) delays in the construction phases, and the deferring of the 32-storey tower should create an opportunity to “rethink” the entire scheme, reducing the size of the towers and massing of the proposal, improving further the provision of social and affordable housing and engaging truly with local community in a constructive dialogue.

NB: According to the report, the scheme is confirmed as still being viable (page 15-par93 of paper No. 21-46). However, as this is labelled as “commercially sensitive”, we are not allowed to know more!

1 thought on “Déjà vu: The Winstanley and York Road regeneration plans in trouble”